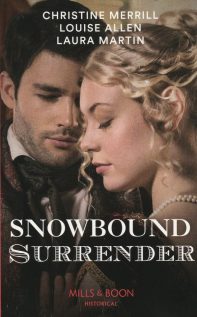 It seems impossible that November is here and the shops are beginning to fill up with Christmas decorations and gift ideas.

In keeping with the coming season I have a new Christmas novella out this month in company with two of my favourite Regency authors, Christine Merrill and Laura Martin. The three stories are in Snowbound Surrender and mine is titled Snowed In With the Rake.

Julia is a lady in disgrace, Giles the rake who she blames for it – when snowdrifts trap them together for  Christmas it promises to be very awkward indeed. Can a cat with attitude, the arrival of a baby next door and well-meaning, interfering, neighbours turn a disaster into something else entirely?

I hope it puts you in the mood for your Christmas shopping! 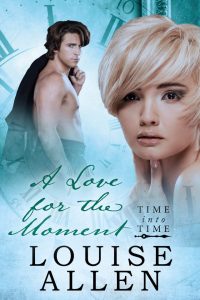 I am just back from a fabulous trip to Eastern Canada where I found a whole host of Georgian history to intrigue me. I even slept in a house in Annapolis Royal where the Duke of Kent, Queen Victoria’s father, attended a reception and ball. Edward, Duke of Kent and Strathern, was the fourth son of George III. He was serving in the army in Gibraltar, but requested a transfer to Canada in 1791 where, with his mistress Julie St Laurent, he soon became a fixture on the social scene. In 1799 he was appointed a General and Commander in Chief of British forces in maritime North America. I bumped into him again at the Citadel in Halifax, Nova Scotia, where he was based. Under his command a number of significant buildings were erected including a handsome clock which is in the process of being renovated. Later, after the death of George IV’s daughter Princess Charlotte, Edward was forced to marry in the frantic race to provide Hanoverian heirs.  Edward was the only son to father an heir –  Victoria – but he died less than a year after her birth.

Out this month is book 3 in the time-travelling romantic crime series Time Into Time. A Love For the Moment reveals the truth about Luc’s henchman Garrick’s background and plunges Luc, Cassie and Garrick into murder and mystery. As Cassie says, maintaining a romance over two hundred years is tricky and things are not getting any easier – practically or emotionally – for the lovers.

Least Likely to Marry a Duke is my 60th book! Here I’m raising a glass of bubbly with my lovely editor Linda Fildew at the Mills & Boon offices in London. We were in the shadow of the Shard which is where we had lunch on the 33rd floor gazing down on the Thames and London Bridge. 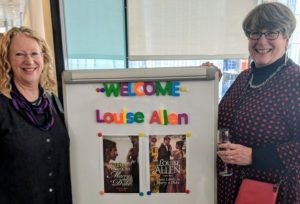 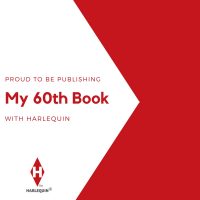 My new book with Harlequin Mills & Boon is out now – and it is my 60th for Harlequin! It hardly seems any time at all since I had One Night With a Rake accepted… Least Likely to Marry A Duke was enormous fun to write and I couldn’t be more pleased that it is my anniversary title. 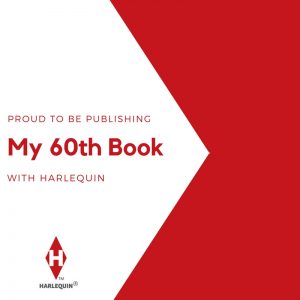 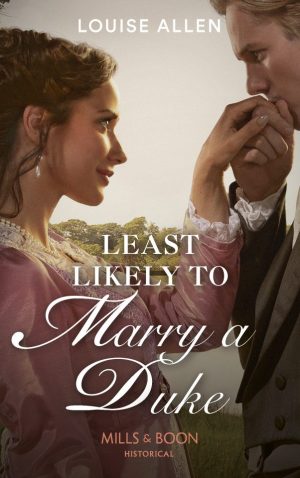 Coming next month, and available for pre-order now, is Mock Oyster Sauce and a Cure For Corns, recipes and household hints from a Regency housewife. As well as recipes for curries, puddings and fish dishes there are household hints and some alarming medical concoctions that definitely should not be tried at home! I have added a section on my research into the owner’s own journey from India and widowhood to a second marriage in England and an extensive glossary of unfamiliar ingredients and methods.